This year's most awaited movie is 'Chha Maya Chhapakkai'. This movie has become a film of interest and waiting not only for the general audience but also for the filmmakers. The reason is, Dipendra Lama, who is called as a reviewer and the fusion of the Deepak Deepa group, which has been maintaining record of business success after success.

The movie produced by Rohit Adhikari is a presentation of Deepak-Deepa. The movie, which is the story of the director Lama, is going to be released on October 11. A conversation with the director Lama in close proximity to the movie.

What kind of movie is 'Chha Maya Chhapakkai' ?

This is especially a social political comedy. It also has romance. As in 'Chhakka Panja 3', education is the main topic. Likewise, it is the main theme of a problem in the village. That topic has not been opened yet. Not even in the trailer.

Reason for the example of Chhakka Panja 3’ in addition to its previous movies 'Ghampani' and 'Gopi' ?

The movie was made by the Aama Saraswati Movies banner.

But, the story and the direction is yours ?

The story is mine. It has social issues like 'Ghampani' and 'Gopi'. However, its flavor is different from that of ‘Chhakka Panja’. Otherwise, 'Chhakka Panja 4' is created.

Can't be compared to 'Ghampani' and 'Gopi'. The canvas of this movie is big. The investment is huge. After spending a lot of money, the market had to think broadly. The pattern of the movie has to change a bit to make the market think bigger and make more money. There is bound to be a bit more mass oriented. That too has been considered. However, saying commercial is not art. People think that Deepak-Deepa thinks only thinks commercial aspects. But, after 54 days of cinematography, I felt that they were equally concerned about the art. As far as I'm concerned about how to make a movie artistic, how to make it great, they are equally concerned. Therefore, the art aspect also comes into force.

Does the fact that the canvas gets bigger makes the movie better ?

This is not to say that a movie can be better if canvas is bigger. The screenplay must be good for a movie to be good. Whether the canvas is large or small, the work of the artist and technician must be good. The director's role plays an important role.The canvas is big on it too and I have tried my best to make the movie even better.

The movies of Deepak-Deepa group are more commercial and you emphasize more artistic movie, what kind of movie has been made when you come together this time ?

Of course this time there is a fusion of two ideologies. They probably prefer business, I prefer art more than business. However, cooperation is not possible if both sides remain in their respective positions. The movie was made by both of us with a lot of flexibility in between. So watching the trailer also makes some sense.Compared to my previous films 'Ghampani' and 'Gopi', this movie looks a bit commercial, and it feels a bit more artistic than a Chhakka Panja. The movie also delights the Chhakka Panja’s viewers, and does not disappoint the 'Gampani' and 'Gopi' audiences. I am not the only one to make this happen. Deepak-Deepa has the same hand in it.

That would be his ideal. But, more than ever, he came to join me in saying that he must make a serious movie now. Greedy added that I should get to the big mass too. But, saying that attracting mass did not make the movie weak.

He might have said that. But, we were unanimous that we should get to the business records of Aama Saraswati Movies's past and get a better comment than Chhakka Panja.As a result, we were equally conscious of excellence both critically and economically.

I'm not too ambitious. It doesn't even mean that the movie gets 5 out of 5 stars from its critics. Not too excited that the Chhakka Panja’s record should be broken.

Speaking of reviews,In the past, when reviewing other movies, did you notice the weaknesses in your own movie ?

As you work, there will be weaknesses. The doctor also tells the patient not to smoke, not to drink alcohol, but he feeds himself. These are human errors. To the extent that I am aware of not repeating the mistakes I see in other movies. But, after watching the movie, the same mistake is being made. The same happened in 'Ghampani' and 'Gopi'. 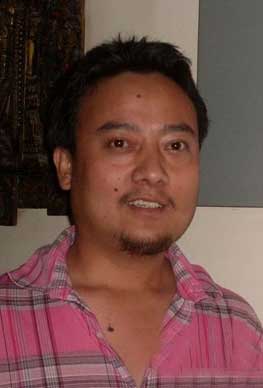 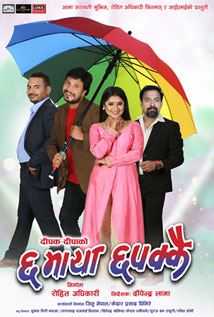