Debut actor Ankit Sharma has reached school for his promotion to the movie 'Rato Tika Nirdhama'. Ankit, who arrived at Malpi International School in Panauti, Kavre with the team of the film, interacted with the students there.

Ankit recounted his experiences during a greeting exchange program organized by the principal and students of Malpi School. He submitted to the student what he had learned and learned in the course of his studies up to grade 10. Teachers and students wished Ankit's success of the movie which will be released on september 27. 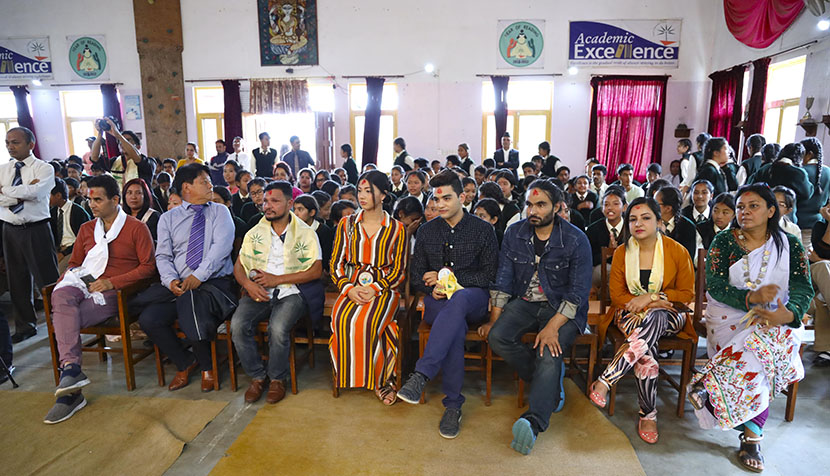 Likewise, the actress did get emotional after remembering her childhood in the hostel.She remembered her childhood hostel life in an emotional tone. Director Ashok Sharma and artist Ravindra Jha were also present on the occasion. 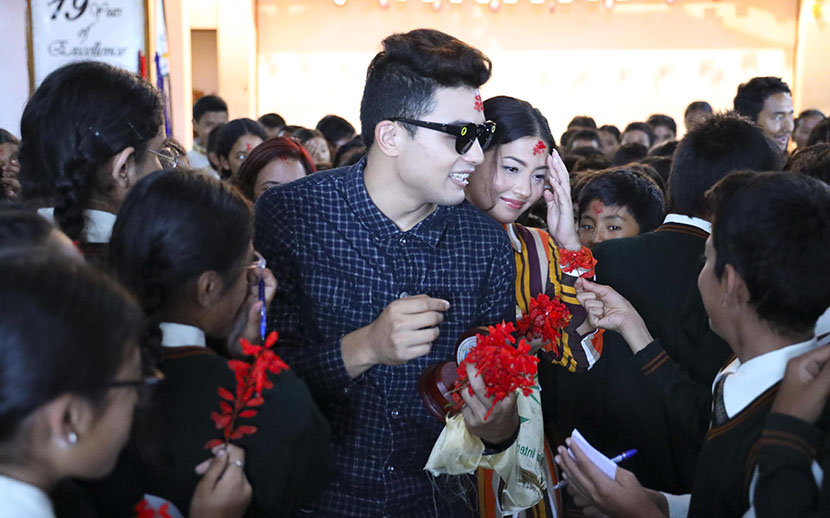 The movie is made by AA Group of Companies. Kiran Sharma and Kriti Sharma are the producers of the movie. The movie features music by Shambhujit Banskota and Kalyan Singh, choreography by Basanta Shrestha, cinematography by Purushottam Pradhan, editing by Mitra Dev Gurung and Rajesh Shah's VFX.