But, the little man inside me never lost - Aaryan Sigdel, Actor

Aryan Sigdel who has acted inaround 37 films, is one of the most liked actor in the lovestory genre. Even today, Aryan's name is taken to the forefront of the name of the artist who fits in Lovestory. So Aryan is already known as a Choosy artist. But, despite being very selective, he has gone missing from time to time. He also failed to win the hearts of the viewers in his latest film 'Kaira'. 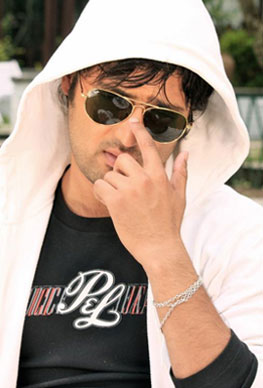 Aryan’s who appear to be more cool than before, have this time expressed his dissatisfaction with the media, including some confessions. Bishnu Subedi talks with Aryan for Lens Nepal:

The thing impact me the most is the audience’s dislike for the film I made rather than outside. I also have a psychological effect. Because I made it so that I could be involved in everything and make a good movie. To fall into it is to err on the part of everyone who believes in me. That has a lot of impact on me.

Isn’t there a bit more gap this time ?

Gap is natural. Being honest, I had one thing to say - I don't do much films of outside banner, now I’m focusing just do it with my banner.what I said is I’ll only do selected films of outside banners but  what they understood is I’ll not act in outsider movie at all . So there was not a lot of movie offers.Many of It was not good. But, during the promotion of Kaira, I told that I would do movie if some one come out with a very good script. Then came the offer of a good movie. Even now my movie is not back to back but it will not come without little gap. Not even before But, it does happen regularly, Not so much gap now.

Was this just a miss guide by the media? Was there anything else ?

There was nothing else. From the first day of filming, to the present, I have not changed my style of working.Still if the offer came in a lot, I will not work in many movies, the style is the same.

Is home production slowing down ?

I'm still living in the script, myself.As of now Script is not looking good. I was a little rushed to make sure that gap was too much so I made Kaira in hurry. Because of this, the audience was also offended. So now I'm not in a hurry. Instead, it will take a few years to come up with a good move.

The image most seen alongside the Lovestory movie is Aryan Sigdale's. But, what do you have in mind when a viewer fails to fill that point in your own Love Story movie ?

when I work for other banner movie and audience don’t find it satisfactory they are less upset. However, A film made by me involving myself in all genres including post production and if they do not like the film like, they would be more upset. That is also natural. Viewers liked the content we picked up in Kaira, but it was difficult for the audience to understand the style we presented. That’s why along with different style, storytelling must be easy and understandable, it would have been good for us. It affects me more when viewers do not like my own film than working for outsiders. I also have a psychological effect. Because I made it so that I could be involved in everything and make a good movie. To fall into it is to disappoint everyone who believes in me. That has a lot of impact on me. 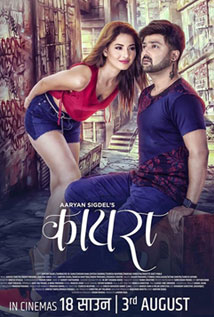 Such news may be affecting me commercially. But, personally, I don't care about that. I have a style I never worked in a movie to make money. The movie was never done to be a star or to endanger the lifestyle. The only quality I have is to work on a movie. There is nothing else I can do, just film. I will continue to do the same thing. So it doesn't matter if I get it up or down. Because I'm walking my way. I don't even know where my destination is. Many know that the artist's life is not safe in us. As long as I can stay with them, I keep going for as long as I can.

I think I have to think more about film making. The movie I chose was not bad. However, the style of the make-up seems to have not been correct. Viewers also liked Kaira's story. Like you said here, I get the reaction they want to see me in the Love Story movie. Love story is a must do for me. However in the coming days I will have to present the film more simply. I personally feel that the story telling should be in an understandable way.

The artist will work with the characters he likes, or by liking the script, and the reliance on the director. However, in some cases the film goes astray because of the director or many other reasons. Even then, how much pain is there for an artist when audience abuse them ?

When an offer for good movie come. As an artist I do my best. But, sometimes the movie breaks down for many reasons. However if the viewer walks into the hall relying on the artist, they have been abusive for us many time. That should be done with self-esteem, even when unwanted.

I don't mind if the viewer sees the artist guilty. Because they look at us and believe that we do a good job, we work with a good team and in a good story. So I accept their insult. Yes, the director should carry the load, but we do not hesitate to carry it.

Success or failure is often attributed to the artist. Now even if this movie does not work, then there can be seen media headlines questioning the career of an actor. It is sad to see such things, but looking at the other way, one and a half crore to 2crore are now being cast on the same artist. Whether it is a script or a director's thinking, everything is screened by the artist.

If we look at to the market this is heavy. Who has just said that the halls owners are waiting for the audience? Even today we have not been able to develop good cinema culture. The movie business is not in exploding. The budget of the movie is increasing day by day. This thing seems to be slow down.

Cinema culture is not something that will be developed within days. The movie should be going well slowly. One after another the film had to be well made. We must convince more and more viewers that Nepali films are well made. Cinema rituals are to be established as the audience continues to grow as Nepali films are made well. It takes time.

Earlier, you said that the loads of crores on artists shoulders are too heavy to carry. How heavy load is good for our shoulders ?

You may be aware of various rumors and comments that is roaming on the market, reading the media headlines. Do such comments affect you ?

I selected my career in film industry which is big place to be. But, the little man inside me never lost. So I do not enjoy titles like Aryan's film floped, Aryan's career is danger, Aryan's over. Maybe even the person who writes such comments are not having fun, I guess. Does that increase respect? Does the movie's audience grow? While we are complementary to each other. I think we should honor media person so media respect can grow. And media also have to think about what kind of news can make a movie and movie-makers looks better. You seem to be more sensitive than we are to this point.

Such news may be affecting me commercially. But, personally, I don't care about that. I have a style I never worked in a movie to make money. The movie was never done to be a star or to endanger the lifestyle. The only quality I have is to work on a movie. There is nothing else I can do, just film. I will continue to do the same thing. So it doesn't matter if I get it up or down. Because I'm walking my way. I don't even know where my destination is. Many of us know that the artist's life is not safe. As long as I can stay with them, I keep going for as long as I can.

For more News about Aryan Sigdel